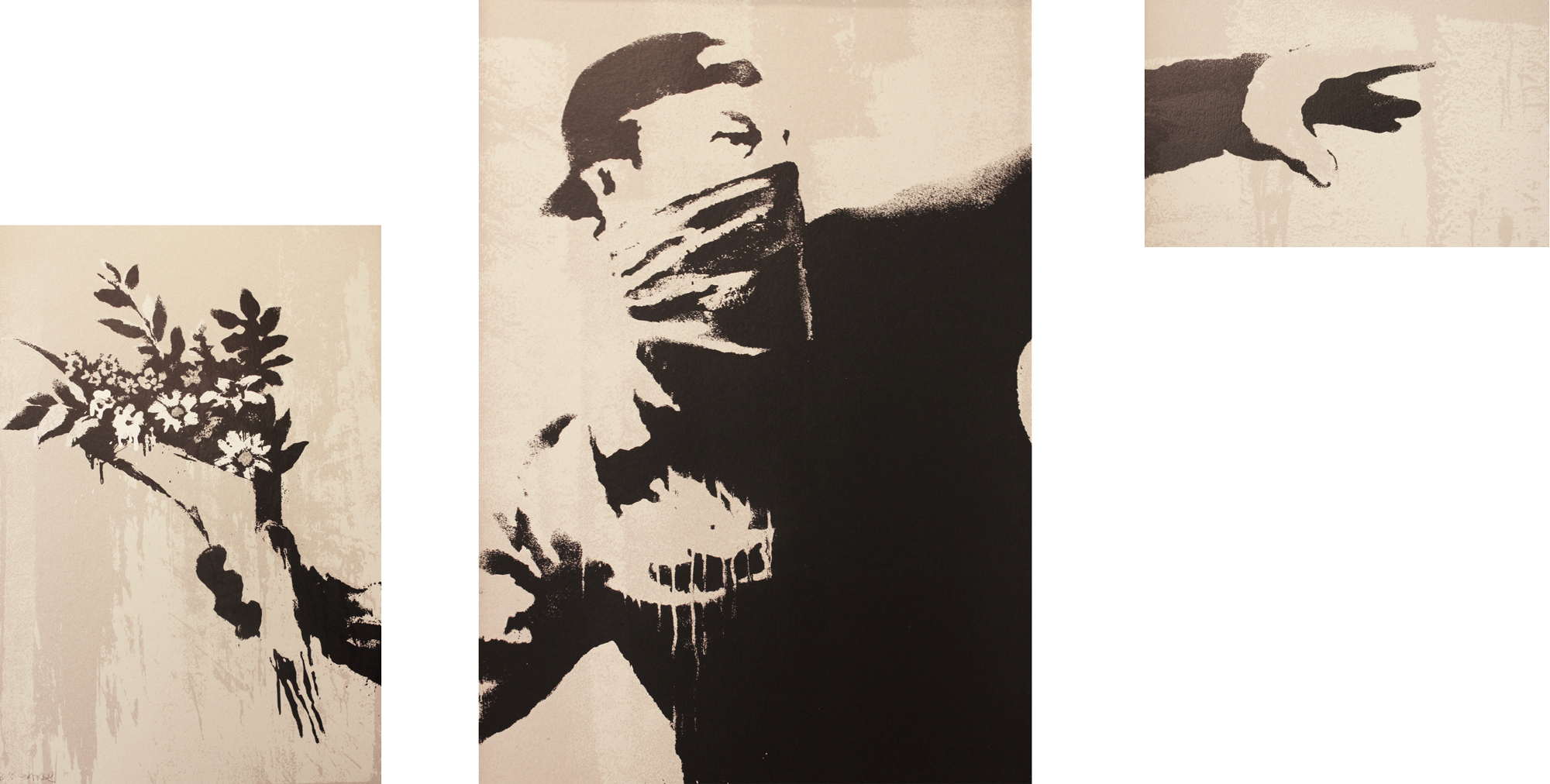 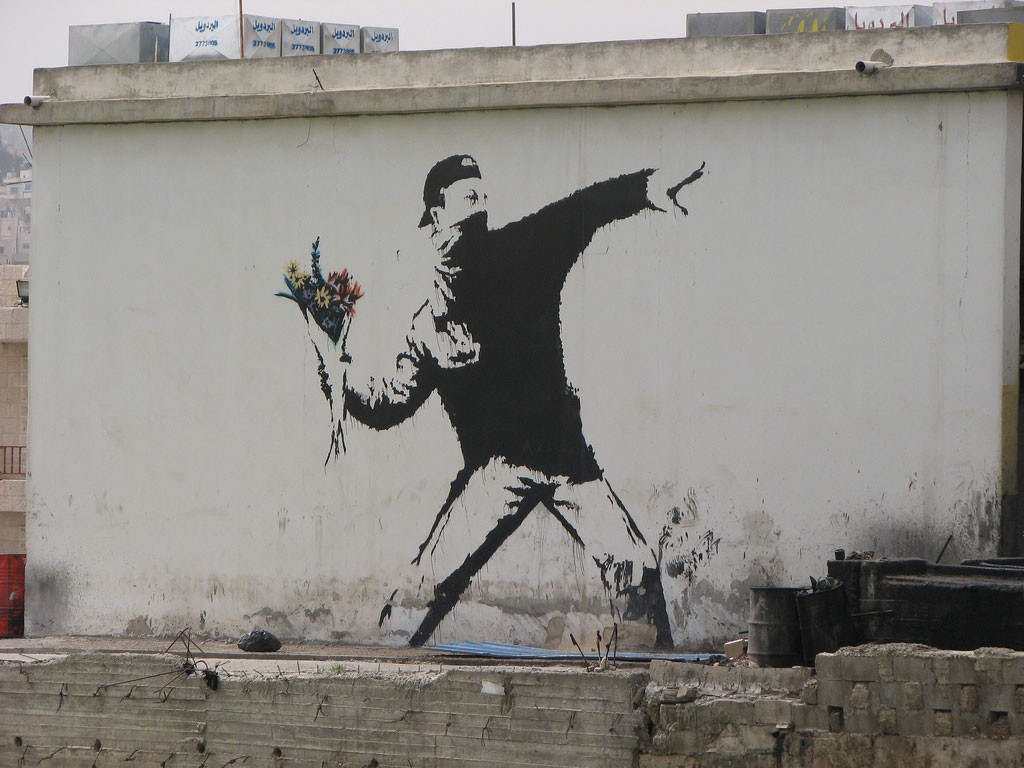 The first appearance of The Flower Thrower, also known as Love is in the Air, was in 2003 as a large format stencilled graffiti on the side of a garage in Beit Sahour in the Holy City of Jerusalem. One of the most iconic stencils by Banksy, the graffiti was realized to shed light on the absurdity of war and uneven power dynamics. This strategic location followed the construction of the West Bank Barrier separating Israel from the West Bank. The choice of color portrayed in the bouquet of flowers combines the colors of the Israeli and Palestinian flags – further underlining an opportunity to overcome discord and stand united.
The Flower Thrower stands as a radical image: the artist created a vision that powerfully rallies a call for change. The artwork reflects the ideology of the student movements of the late 1960s, “Flower Power Movement”: these protests shook the United States and the United Kingdom during the Vietnam War and were aimed at eliminating violence.Despite the facial expression and the posture of the man in the mural tellingly suggest that there is a violent intent, Banksy is advocating for peace instead of violence by substituting a hypothetical gun or bomb with a bouquet. This bouquet, in addition to peace, life, and love, may also be associated with the commemoration of lost lives during the old era of Crusades religious conflict. Excellent example of use of art to convey messages of social significance, The Flower Thrower is one of the most important artworks by the British street-artist: it is a powerful piece that conveys important social messages to the public through the use of graffiti.

“All graffiti is low-level dissent, but stencils have an extra history: they’ve been used to start revolutions and to stop wars”. 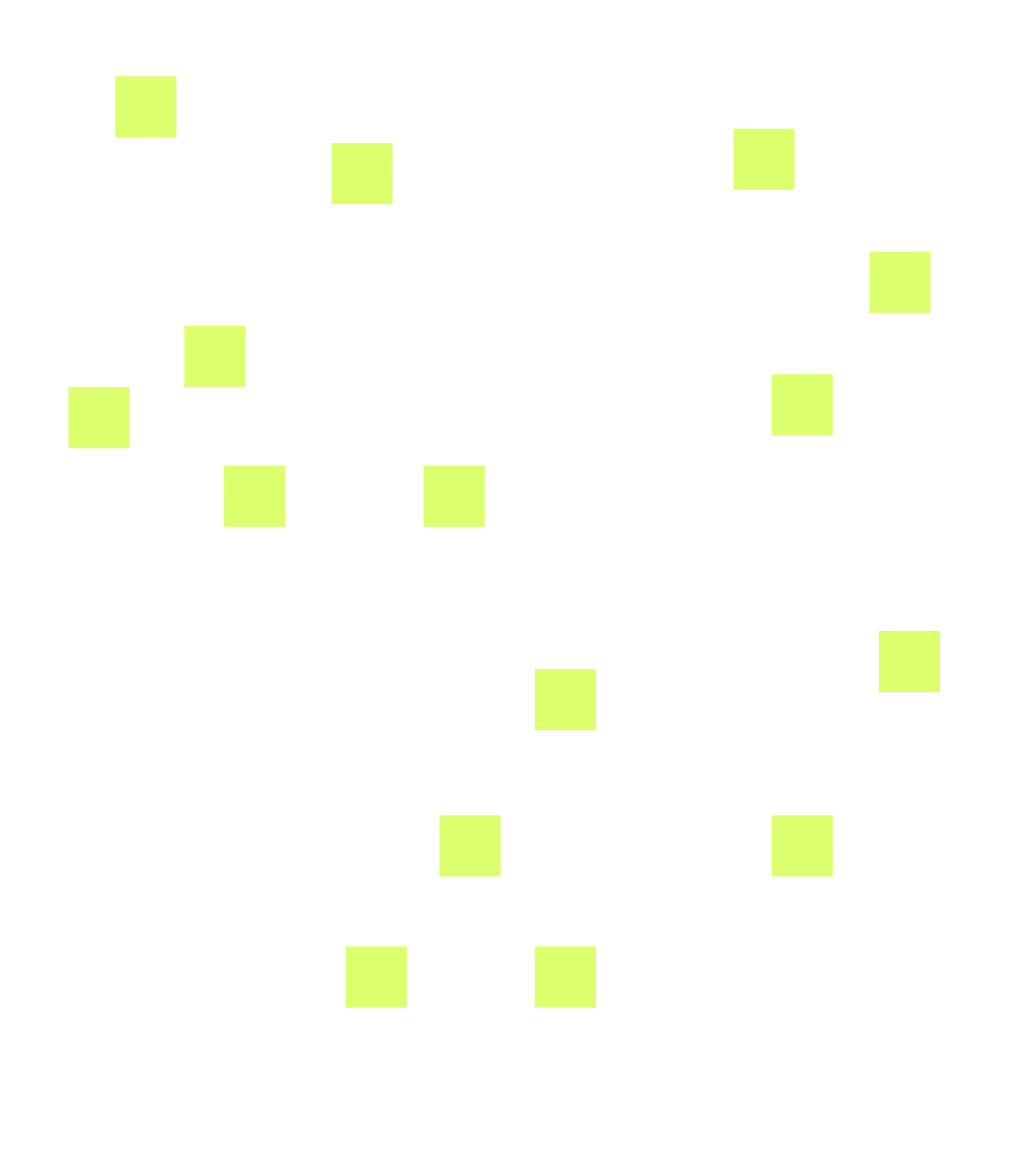 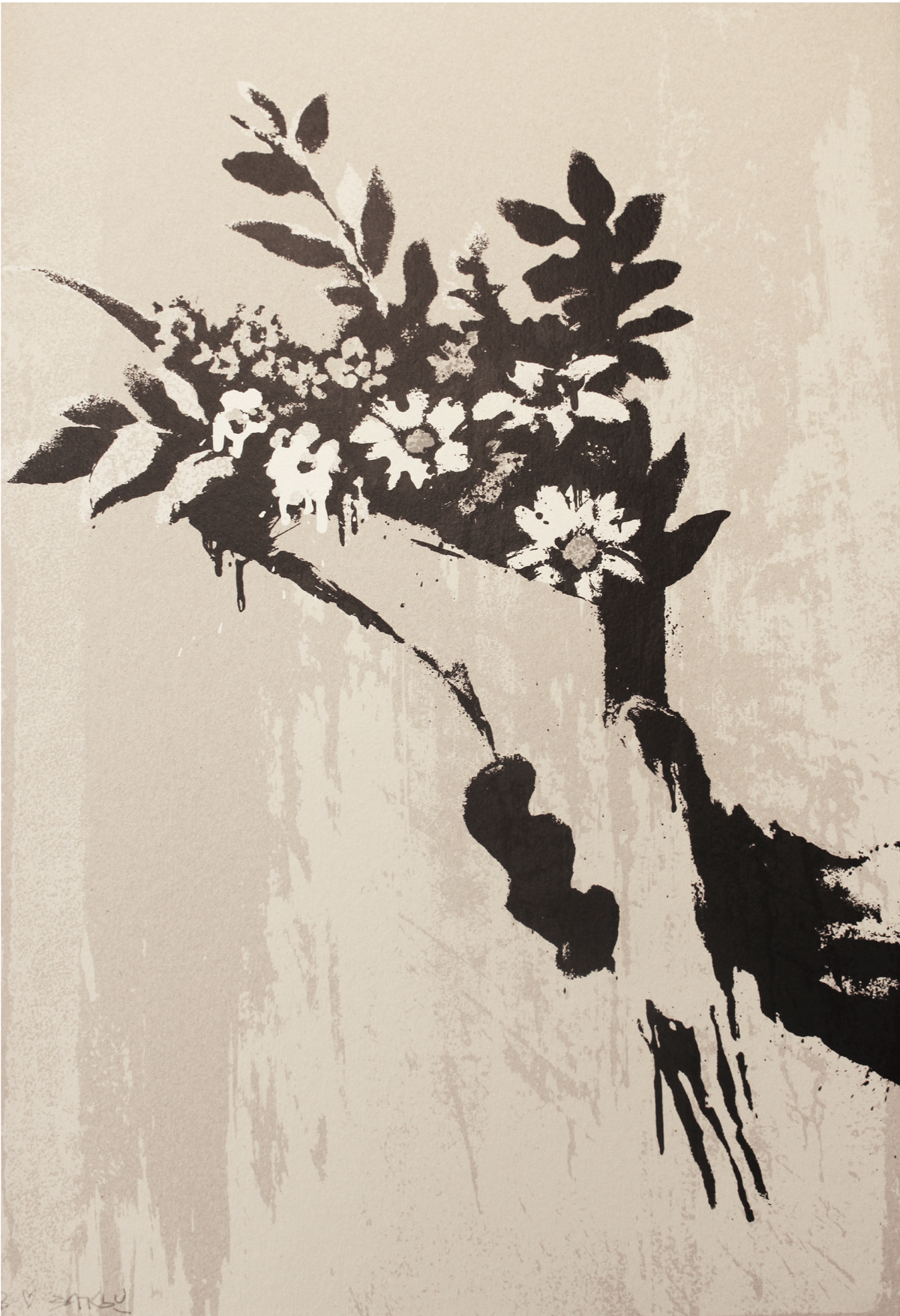 Today, The Flower Thrower is recognised as one of Banksy’s most sought-after artworks: its powerfully arresting image has been referenced, replicated and reproduced globally from a vast number of prints to numerous commodified goods and merchandise, establishing itself as an image of timeless ascendency. Moreover, Banksy has created several versions of the first mural on canvas and other media; the one here proposed is one of the three special editions triptych on recycled cardboard. The image of the triptych has been the base to create 10K NFTs of the artwork. 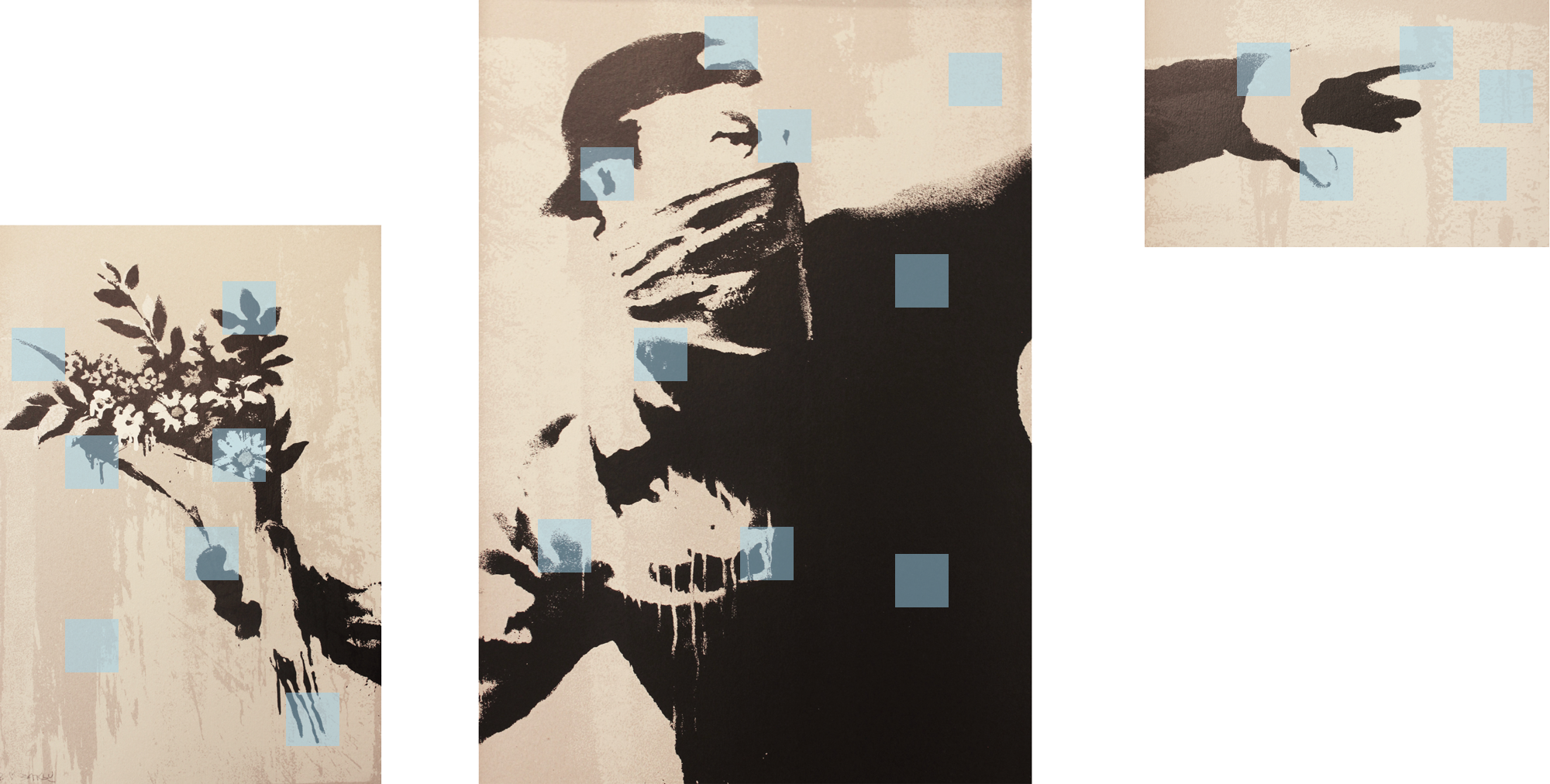 Until March 28 the first 2K NFTs in limited edition